Full Name
Michael Harrington
Job Title
Partner
Company
Actis
Speaker Bio
Michael is Head of Latin America for the Energy Infrastructure business, managing teams on the ground in Mexico City and Sao Paolo. He has over 18 years working in energy / growth markets. Michael joined the firm in 2007 as a Summer Associate and has been responsible for building the firm’s presence in the region, moving from London in 2011 to work on the Energuate and Globeleq Mesomerica Energy investments in Central America, then establishing the office in Mexico in 2015. He led and sat on the boards of Zuma Energia and Saavi Energia investments (Actis’s largest transaction to date), both exited. He also leads the Atlas Renewable Energy investments and sits on its board.
Michael also chairs Actis’ Partner selection committee and heads the Firm’s Associate Program, the primary entry point for talent within the Firm.
Prior to joining Actis, Michael worked as a consultant with Arthur Andersen conducting strategy projects in the North America upstream and midstream space. He also worked at NM Rothschild & Sons, based in Mexico, working on M&A and debt restructurings in Latin America. Before that he worked for the US Peace Corps in Honduras,
Michael holds an MBA with distinction from the London Business School; was a Fulbright Scholar in Mexico and studied finance at The University of Texas at Austin.
Speaking At
Climate Strategies & Renewable Energy 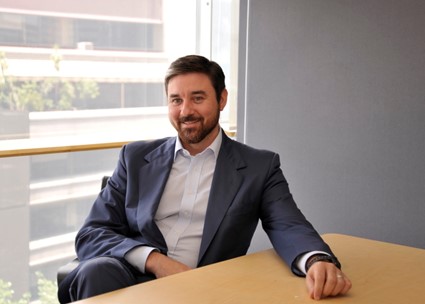